Class C and D airspace will surround airports that can handle a moderate amount of air traffic. This means there are some important restrictions to remember any time you’re operating within – or underneath this airspace. In this week’s video tip, we review how Class C and D airspace works, what you need to do to fly legally in it and how to stay safe.

“AOG (Aircraft on Ground)” is the term used in aviation to indicated the aircraft is grounded or unairworthy. While it could be for technical reasons, it’s more often referencing a mechanical issue of some variety. In my case, after taxiing on to the ramp at the Bozeman Yellowstone International Airport (KBZN), the capable line service technician at Yellowstone Jetcenter discovered a screw in one of our nose tires. 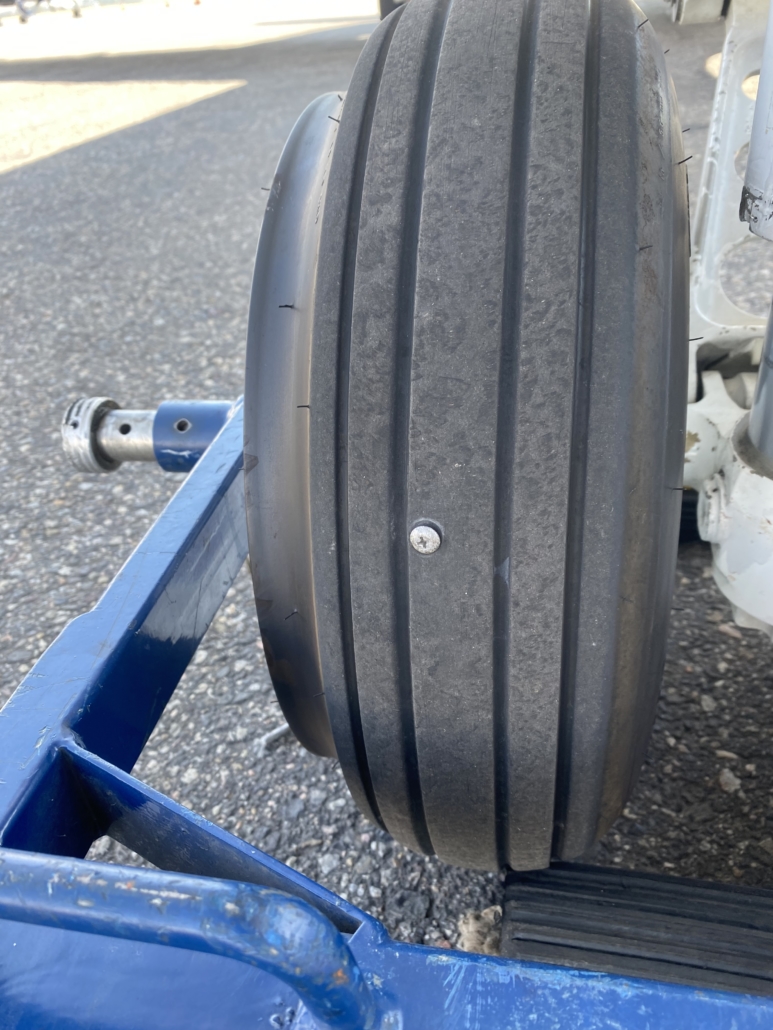 In my 25+ years of flying, I had never experienced, or even heard of an aircraft tire picking up an errant screw.  After all, the aviation environment should be generally steril. But, believe it or not, this is the second screw this year. The first came just a few months ago at the Miami-Opa Locka Executive Airport (KOPF) in Miami – in this case, a main tire.

Suffice it to say, a compromised tire is a grounding item and yes, given our modern supply chain issues, a new tire is not easy to procure. In both screw incidents, the tire remained inflated, but aircraft tires are subjected to extreme pressures and temperature during takeoffs and landings which can occur multiple times per day while supporting the full weight of our 40,000 lb. airplane. A much worse scenario would have been a high-speed blowout which would have resulted in controllability issues, damage to other aircraft parts or structure, fire, or even worse.

While fortunate to not have experienced the worst-case scenario, here we were thousands of miles from home base in an AOG situation with a scheduled departure looming. The team at Yellowstone Jetcenter were quick to offer assistance in changing our wheel and tire assembly, but also acknowledged the difficulty in obtaining replacement parts quickly.

Because of the complexity of aircraft wheel and tire design, many operators maintain spare parts on hand and even full wheel and tire assemblies that can be changed quickly. Our aircraft wheel design features an inboard half and an outboard half which do not function identically. The inboard wheel half accepts the rotors of aircraft brakes and also include thermal plugs to deflate the tire during excess temperatures before an explosion can occur. The outboard half of the wheel bolts to the inboard half to finish mounting the wheel onto the tire. The outboard wheel half also has a valve stem for inflation. Needless to say, building a wheel and tire assembly takes time and specialty equipment.

We actually maintain a spare assembly for the main wheel and tire, but not for our nose. After a call to maintenance at the home office, we were in luck. Surprisingly, in short order, maintenance was able to locate a full nose wheel and tire assembly that could be shipped to our location and the onsite maintenance could so the quick swap. Or so we thought.

After much anticipation, two days later our package arrived, but missing the actual tire. The supplier, either mistakenly or purposely, only sent wheel halves and no tire. Back to square one. And time to involve our greater aviation community to keep our on-time departure.

After several calls to friends in the community who operate identical aircraft, we were connected to an operator in Missoula, MT (only a few hours drive) who had a full assembly for our aircraft on its shelf – exactly what we needed. Thankfully, our mutual friend vouched for our ability to return a new wheel and tire assembly at some future point to the good Samaritan operator. And, after no more than a virtual handshake, a technician from Missoula, MT began a drive toward Bozeman and us, a drive toward Missoula for an exchange of our vital part in halfway in Anaconda, MT.

We were back to the FBO by the close of business with a new wheel and tire installed the same day and made our scheduled departure the following morning after a check of tire pressure and signed maintenance release. Nothing brings together the generosity and kindness of the aviation community quite like an AOG event away from home! 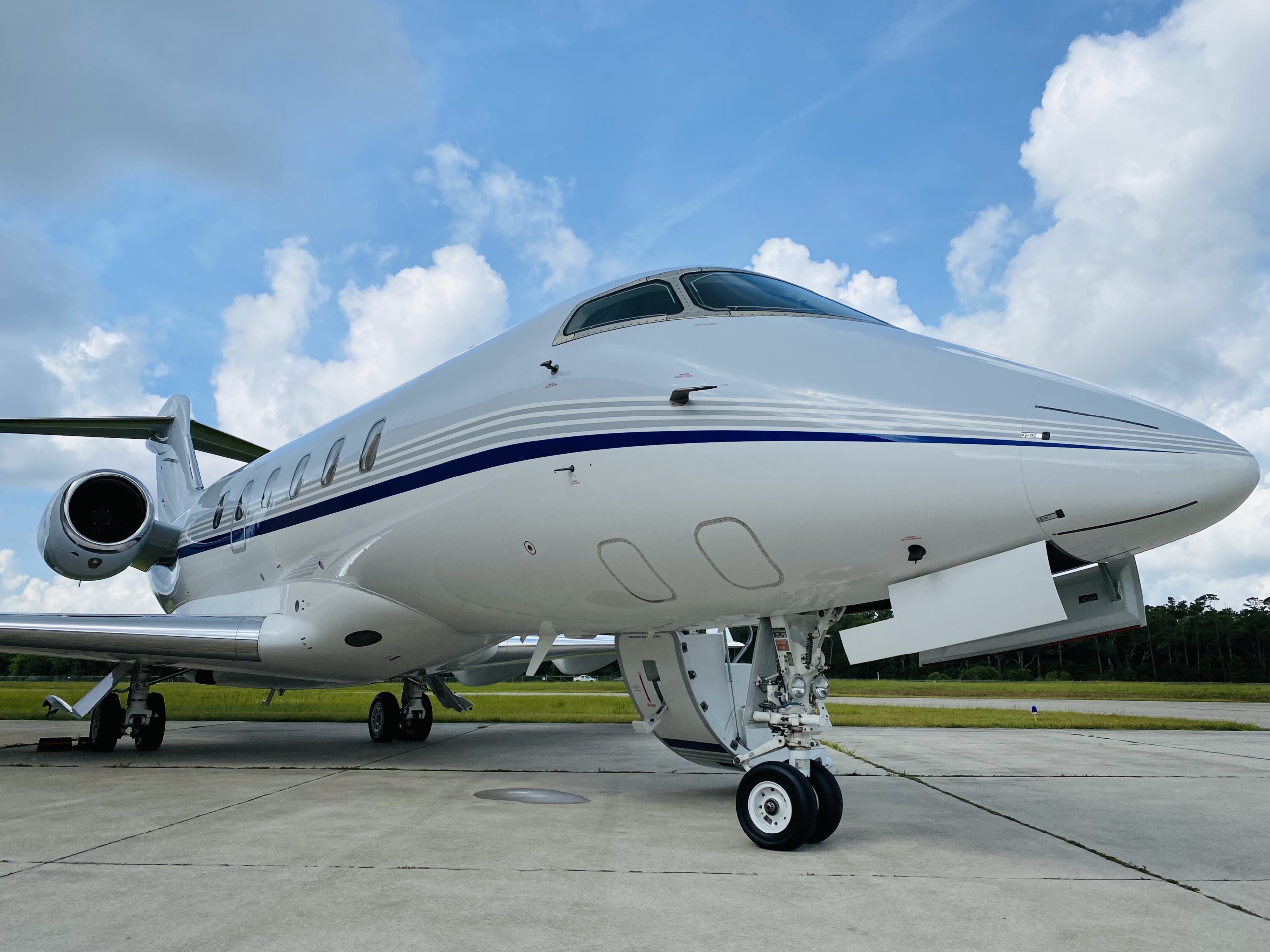 Impairment from medication, particularly over-the-counter (OTC) medication, has been cited in a number of accidents in general aviation (GA). In a 2011 study from the FAA Civil Aerospace Medical Institute’s Toxicology Lab, drugs/medications were found in 570 pilots (42%) from 1,353 total fatal pilots tested. Of the pilots with positive drug results, 90%, were flying under Part 91.

Learn more in this recent “Fly Safe” topic from the FAASTeam. 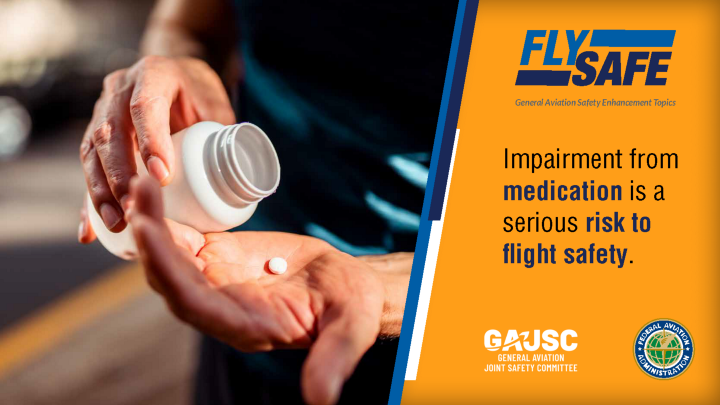 The flight deck of every airplane includes a collection of flight instruments that display important information, like airspeed, altitude, heading and turn information. In this video we’ll go over the standard 6 instruments you’ll find in a Cessna 172 and how to interpret their indications.

There are several new flight maneuvers to learn during Commercial Pilot Training. One of the new ground reference maneuvers is called Eights on Pylons, which involves flying a figure 8 pattern over the ground while varying the aircraft’s altitude in order to maintain a defined visual reference to preselected reference points, called pivot points, or pylons. 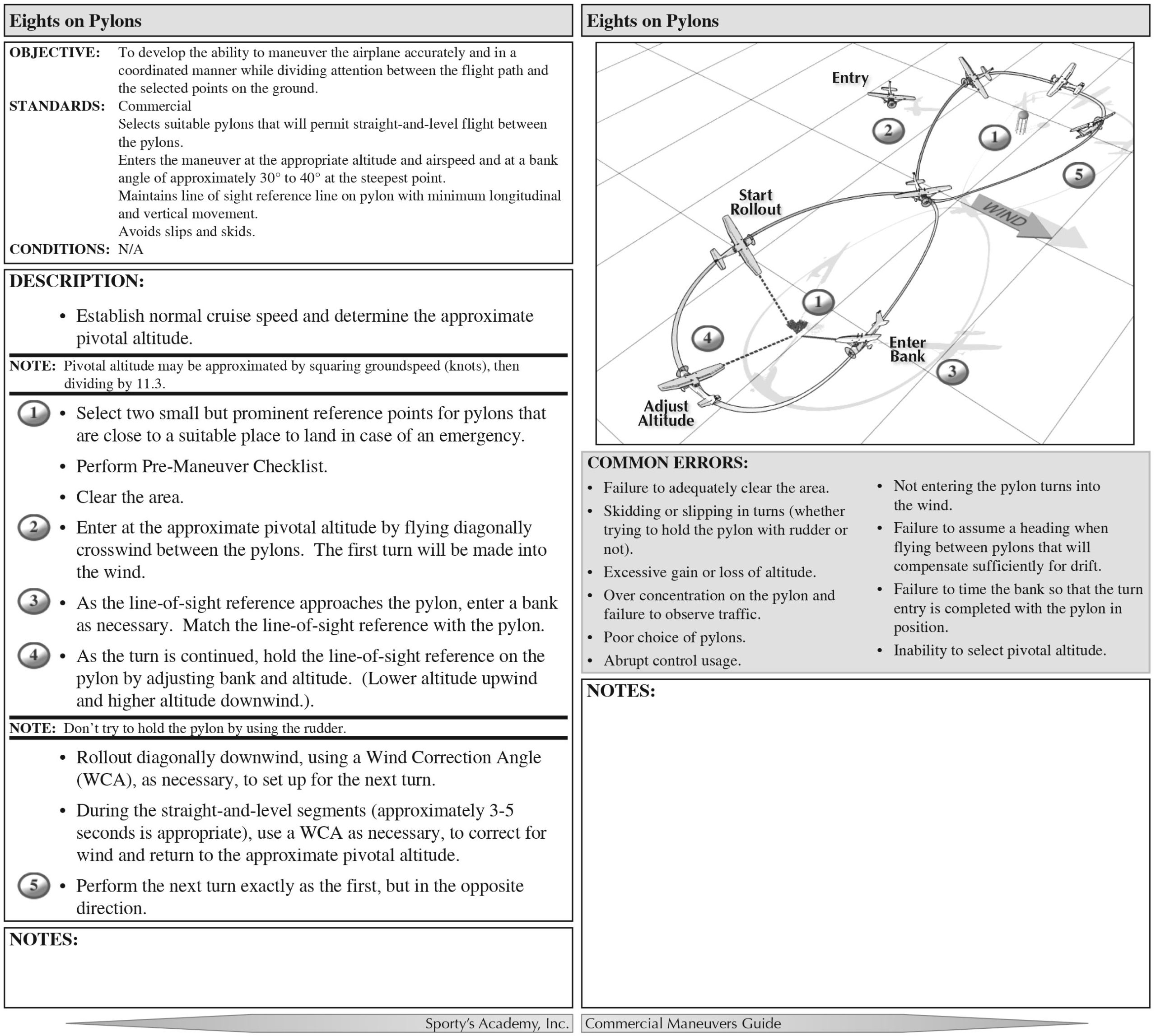 Sporty’s host, Chris McGonegle, covers the advanced tips for using an at home simulator. All too often digital pilots are looking for the best way to use a simulator to mimic or assist in real world aviation training. Sporty’s offers more than 80 flight simulator products between multiple categories. Better understand how to use these training tools in tandem with an at home Flight Simulator.