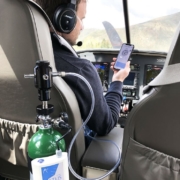 The regulations require that pilots use supplemental oxygen if you fly more than 30 minutes at cabin pressure altitudes of 12,500 feet or higher. Above 14,000 feet, pilots must use oxygen at all times. And beginning at  15,000 feet each occupant of the aircraft must be provided supplemental oxygen. These rules are intended to guard against deficient oxygen saturation levels. A 100% level is ideal while 95% is considered a minimum and below this level is a point in which one may begin to experience hypoxic symptoms which can be tantamount to flying drunk.

Because the risk of hypoxia varies among pilots and can is affected by your overall health, age, and many other factors, it’s recommended to utilize supplemental oxygen about 10,000 feet during the day and 5,000 feet at night where the body demands even more oxygen. Consider adding a pulse oximeter to your flight bag for an accurate indication of oxygen levels. Consider the information below from author and pilot, Doug Ranly, as you explore supplemental oxygen options – Ed.

Aviators find themselves using oxygen as they explore higher altitudes in non-pressurized cockpits. Some aircraft have built-in oxygen systems while other pilots choose a portable system for special occasions when going higher makes sense. Regardless of the type of system, the FAA specifically recommends using aviation grade oxygen when flying. 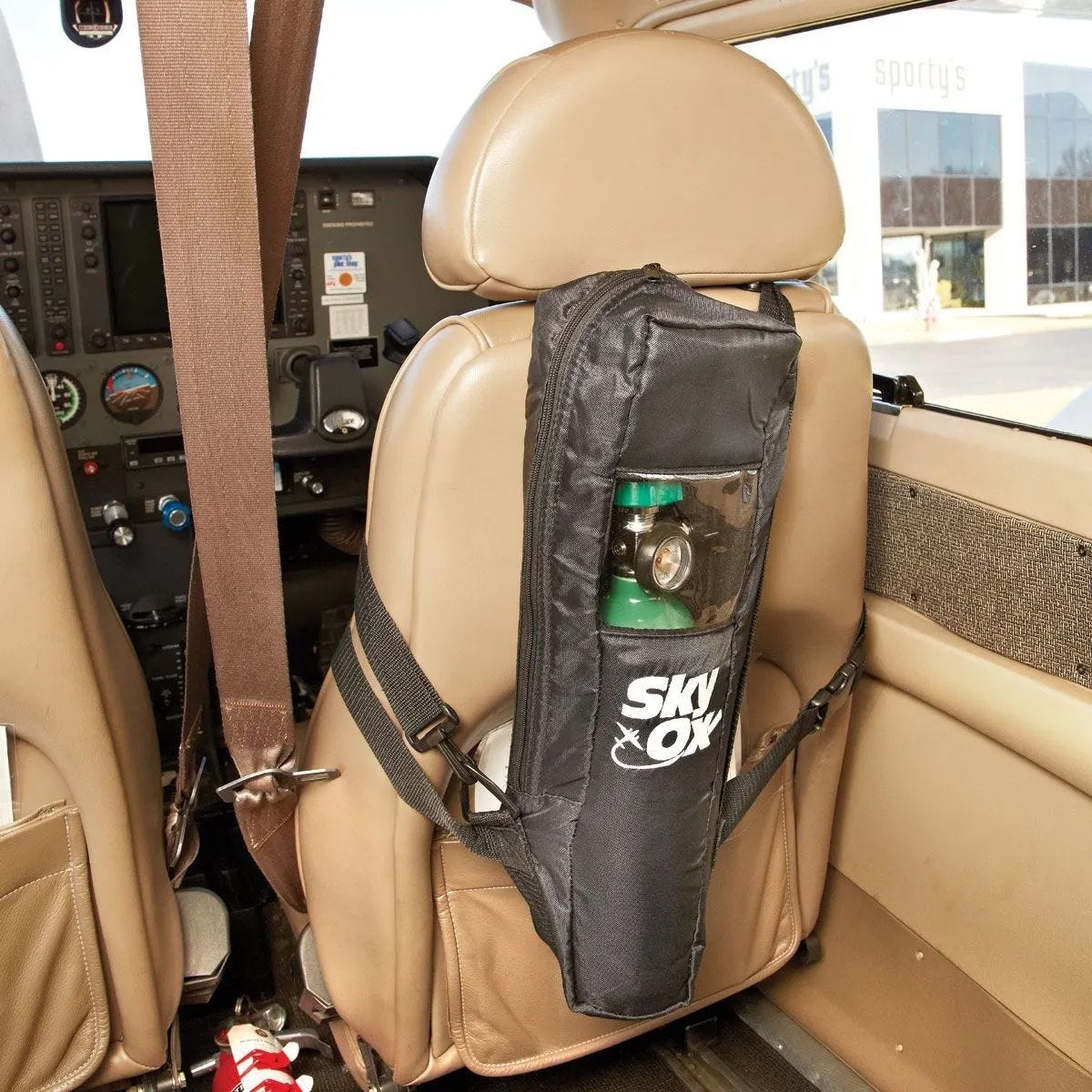 This brings up an important question: what are the differences between the different grades of oxygen? Fortunately, it’s not that complicated. There are three main types of oxygen.

Aviation Grade Oxygen – The FAA recommended oxygen is 99.5% pure oxygen. In addition, moisture has been removed with the resulting moisture content of less than .01%. The thought here is that moisture can freeze in the lines or in the regulator at colder altitudes. This could be more of a problem for systems located outside the confines of the cockpit, as most cockpit temperatures tend to stay above freezing (pilots would prefer not to be freezing too).

Medical Grade Oxygen – Similar to aviation grade oxygen, medical grade oxygen is 99.5% pure oxygen. However, there isn’t a specific requirement on moisture content. This might not be a huge deal, as moisture is normally removed in the process of compressing oxygen. After all, water in your oxygen tanks is a really bad thing. Hospitals will often add moisture to oxygen as they administer it to their patients.

The FAA recommends that pilots only use aviation grade oxygen in their systems to ensure they work properly.