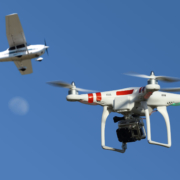 Have you ever considered flying a drone to get paid? Ever have a real estate friend ask if you’d pull that old DJI phantom off the shelf and take a few photos for some side cash? If you have or if you do, the Federal Aviation Administration (FAA) says you’ll need to obtain a Remote Pilot Certificate or face stiff penalties.

The FAA considers any payment or compensation received for any drone flight as a commercial operation. The FAA publishes the rules that define commercial drone operations in the Code of Federal Regulations under Title 14: Aeronautics and Space. This is commonly referred to in the aviation industry as the FARs or Federal Aviation Regulations. Part 107 of the FARs specifically applies to the registration, certification, and operation of small unmanned aircraft systems (sUAS or simply “drones”) within the United States. You can read our complete guide to part 107 operations for a more detailed overview.

In order to obtain a remote pilot certificate from the FAA that grants you the privilege of operating a drone for commercial purposes, you must pass a knowledge test at an approved FAA testing center. You must be at least 16 years of age and able to read, write and understand the English language in order to be eligible. If you are already a certified Part 61 pilot (Private, Commercial, ATP) with a current flight review, the requirements are much easier. You simply need to complete the initial online Part 107 Small Unmanned Aircraft Systems training located within the FAA Safety Team website.

Either method then requires the individual to complete and submit the Remote Pilot Certificate and/or Rating Application for a Remote Pilot Certificate which is typically accomplished with an online form. A Part 61 aircraft pilot must also contact the local FSDO, a Designated Examiner, or a certified flight instructor to finalize the application. A temporary certificate is typically issued immediately. A permanent plastic certificate will be mailed once the application is processed by the FAA.

If you’re considering taking the written exam, there are no prerequisites except to schedule an appointment with an approved testing facility and payment is usually taken upfront. The test consists of 60 multiple choice questions with a two-hour time limit. A score of 70% or better is required to pass. Since there are no prerequisites to take the exam, one could simply show up and attempt to pass. But, the same fee applies to every retest after a 14 day waiting period, so it might be a good idea to do a little studying beforehand.

The exam will test your knowledge on subject matters such as:

Once you’ve decided it’s a good idea to take the leap and become a certified remote pilot you’ll need to find a method of study. You could consider a full-blown drone training course either in person or online that should provide all the necessary knowledge to be a safe drone pilot.

The more common method for preparing for the FAA knowledge test is to use a dedicated test prep course, like Sporty’s Remote Pilot Test Prep. The proprietary test bank includes over 300 questions with answers and detailed explanations complete with references. The FAA offers a wide variety of training material and resources, which are all included in the test prep products. The course is available for all the major multiple platforms including online, iOS, and Android, allowing you to choose which is best for you.

Whichever route you choose, the steps to become a certified remote pilot are relatively easy and it can open up tremendous opportunities. Or it might just be cheap insurance if an opportunity arises that requires you to have official paperwork. Remember too if you are looking to fly a drone just for fun, there is no required training or testing. We’d still recommend completing one of the training options, either a test prep product or the course on the FAA Safety site, to become familiar with the regulations and know where you can and cannot fly.

New regulations drop the requirement for an official knowledge test or for a biannual flight review. All remote pilot certificate holders must simply complete the FAA’s recurrent training course every 24 months and hang on to the completion certificate. If a part 61 pilot does possess a current flight review, then they may opt for the simplified recurrent training option designed specifically for such pilots.

In 2021 the FAA expanded the privileges of a Remote Pilot under part 107. These new rules allow drones to be flown at night and over people with certain restrictions. Any applicant who passes the knowledge test after April 5th, 2021 automatically receives those privileges. Not so for any Remote Pilot who passed the test or completed recurrent training before that date.

Any existing remote pilot who wants to operate at night and/or fly over people and otherwise meets the restrictions set out in part 107 must complete additional training.  Fortunately, to satisfy the new requirements, you do not need to take another official FAA knowledge test. The pilot must simply complete the UAS recurrent training from the FAA Safety website, even if it’s well before the 24 calendar month deadline for recurrent training. Once the training is complete and a completion certificate is obtained, the remote pilot may now exercise the new privileges. If you don’t plan to fly at night over people then no action is necessary until your next renewal date.

Until now, the closest a commercial drone operator could fly at night was during civil twilight. This is defined (in the contiguous U.S.) as 30 minutes before sunrise or 30 minutes after sunset. This time of day was permitted as long as the aircraft was equipped with anti-collision lighting visible up to three statute miles from the control station.

Now, FAR 107.29 has been expanded to allow sUAS flight at night with the same limitations applied to civil twilight. Further training on night flight physiology and illusions as well as obstacle avoidance have been added to FAA safety curriculum. New applicants will also see additional questions pertaining to these topics on the knowledge test.

Similar to an ADS-B transponder in full-scale aircraft, the FAA has now developed a broadcast identification protocol for unmanned aircraft. An entirely new chapter in the code of regulation, which you can find in FAR part 89, has been created just to define this protocol. The good news is that remote identification broadcast requirements won’t go into effect until September 2023. The more complicated issue is that remote identification will be required for all commercial drones and the majority of recreational drones.

Remote identification can be accomplished either through a built-in transmitter integrated into the construction of the sUAS, or as a separate module attached to an existing sUAS that you may already own. The broadcast message must include the aircraft serial number, speed, position, altitude, time and the take-off location and altitude.

Drones flown recreationally that weigh less than 0.55 lbs are not required to be equipped with remote ID. However, if a drone weighing less than 0.55 lbs is flown commercially under Part 107, it will require Remote ID. The FAA also has plans to establish recognized identification areas (think Drone parks) that do not require remote identification as long as the operator maintains visual line of sight at all times.

Part 107 remote pilots will now also be allowed to fly their drones over people, but not first without navigating a spider web of convoluted requirements. Additionally, most all flights over people will first necessitate remote ID as defined in part 89. Once that bridge is crossed you’ll next need to determine which category that your sUAS falls into, which type of people group you need to fly over, and what type of flying you plan to do before knowing if it’s authorized.

The FAA has established four categories of sUAS; the first three are essentially based on weight, speed and the amount of bodily damage that could be inflicted on a human being. The fourth requires an airworthiness certificate similar to a certified aircraft that dictates certain limitations. If your drone is not stamped with the category from the manufacturer, you can follow a complicated procedure and submit a declaration of compliance to the FAA and earn the privilege of flight over people.

Next, you need to figure out what type of people group you may need to fly over. These include an open-air assembly of people, people in a restricted-access site, and just people in general. These groups are only loosely defined in the regulations and it’s up to you as the remote pilot to assess the type of area.

You’re not done yet. If you’ve made it this far, you’ll then be limited to either sustained flight over people or transitioning/temporary flight. Each category/people group/flight type has its own set of restrictions. Similar privileges have also been granted to flight over moving vehicles. You may want to study the part 107 advisory circular for specific examples. 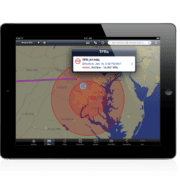 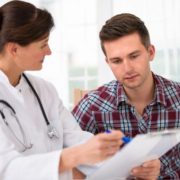 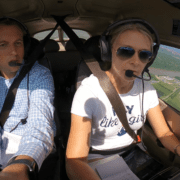 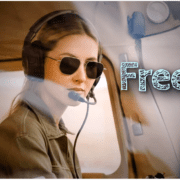 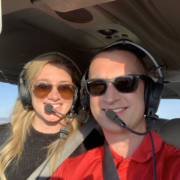 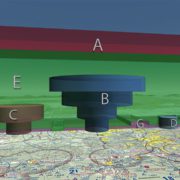