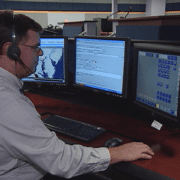 It doesn’t take long for student pilot to be confused by, or question the roles of the Flight Service Stations (FSS) today. Pre-solo ground lessons teach us that they provide weather briefings over the phone and handle flight plan filing. Later on in the training we are taught how to communicate with FSS Flight Watch in the air for weather updates, and even see questions on the private pilot knowledge test referring to a service from FSS called DF steer (which is outdated and no longer available). Throw the DUAT(S) preflight services and its relationship to FSS in the mix, and the potential for confusion grows even more.

When presented with all this information, a rational pilot may soon question why they really need to bother with FSS in the first place. You can get the same “official” weather briefings and flight plan filing functions from iPad apps or websites, which are easier and more convenient to use. And in the air, pilots have access to free graphical and text weather products over the FAA’s free ADS-B network with an iPad and ADS-B receiver, which will almost always provide a more relevant weather picture compared to having that same info relayed over the radio.

So what then is the value of FSS in the 21st century? Actually more than you think, and a lot of it is based on the upgrades they’re making right now to their web services and integration with existing iPad and Android apps. But before I get into all that, I think it’s important to review a quick history of how FSS originated to help better understand their role today.

The beginnings of FSS date back to the World War I era, where radio operators assisted air mail pilots flying across the US. In addition to weather functions, they also assisted with a basic form of Air Traffic Control. As aviation grew in the 1920s and 30s, these radio operations expanded and made their services available to any pilot who requested it. Fast forward to 1960, shortly after the creation of the FAA, and the first Flight Service Stations were unveiled.

The number of individual Flight Service Stations hit a peak of about 400 in the early 1970s. Pilots could call in over the telephone or communicate with FSS over radio frequencies in the air, but it was also common for pilots to walk into one of these facilities to file a flight plan and get a weather briefing in person with the specialists. Consolidation and advancements in technology led to the shrinking of the number of FSS facilities through the 80’s, 90’s and 2000’s.

In 2005, the FAA turned control of the remaining 58 Flight Service Stations over to the Lockheed Martin Corporation with a new contract. The new Lockheed Martin Flight Services (LMFS) assumed responsibility for all of the FSS’s services, and consolidated the system down to just 6 FSS facilities. One of the early criticisms with this consolidation was that since the FSS specialists were no longer stationed in each state and familiar with the microclimates of each region, the preflight briefings lost some of the helpful weather analysis that pilots were accustomed to.

The transition to the new privatized FSS wasn’t seamless and there were some growing pains along the way. The company laid out plans for new technology and advanced web-based systems to provide pilots with preflight weather information without having to call a briefer over the phone, but these took longer than expected to develop and didn’t meet expectations or deadlines.

While Lockheed Martin continued to successfully carry out the responsibilities of phone weather briefings, Flight Watch for the in-flight weather updates, monitoring of the emergency frequency of 121.5, en route communications and help with search and rescue operations, many pilots began to question their real value in preflight briefings and flight plan support. At the same time, advancements in other private sector preflight weather and flight planning products made it much easier for pilots to get this same “official” weather briefing information online, and iPad and Android mobile applications accelerated this trend even more.

This is beginning to change though as the new web-based NextGen briefing and flight planning products promised by Lockheed Martin are starting to roll out to pilots. One thing I really like about the implementation is that that they’re not taking the approach of saying that you must use the Lockheed Martin website to get the information. Rather they’re making the weather and flight planning services available to website and app developers, allowing them to implement the new FSS features right into their app. I can’t think of a better way to get pilots to take advantage of these new features since you don’t have to leave the comfort of your favorite app.

Before diving into the app integration, I want to first highlight some of the new features on the FSS Pilot Portal online tool. If you haven’t done so already, go to the Lockheed Martin Flight Services page and create a free user account. This can also be accessed by going to 1800wxbrief.com. Here you can set up favorite airports, aircraft profiles and customize what text and graphic weather products are shown on your personalized home screen.

While you can file flight plans and view all the traditional weather products on this site, I want to point out the new NextGen briefing tool. These were designed to move beyond the archaic and voluminous briefings of the past and make briefings easier and faster to read and understand. They now integrate graphics and even some analysis tools that are similar to what you would receive if you were actually talking to an in-flight briefer.

The first phase of the NextGen briefing tool was completed back in the Fall of 2013, and allows you to view METARs, TAFs, Adverse Conditions graphics and Area Forecasts in this new format. To view one of these, click on the Flight Planning and Briefing button at the top of the page, and fill our the standard information for your flight. Once submitted, a new window will open with your custom weather briefing with each category of weather listed at the top.

For now choose Current WX, and under the METAR label you’ll see two buttons, Standard and NextGen. Click on the NextGen to switch to this mode, and the METARs will be sorted by phase of flight. Use the Next button at the right of the screen to cycle through each phase, which will also decode the METAR in plain text. Press Next again to see the route portion and you’ll see all the METARs along your proposed route, with each color-coded the map. At the top you’ll see a basic analysis of the conditions, highlighting the cause for any weather and the lowest ceilings and visibilities along your route.

Now follow the same procedure and choose Forecasts at the top, and then Terminal Forecasts. I really like the new feature here that color codes the TAF on the map based on the conditions that are forecast to exist at the time you pass that station. It’ll also highlight that section of the TAF in the text section, making it much easier to quickly view and interpret only the applicable part of each forecast. Check out the same features for Area Forecasts and Airmets, and you’ll see that the system breaks out only the parts applicable for the areas in which you’re flying and visually depicts them on the map.

Phase II of the NextGen briefing tool will be available this Spring, and adds the same functionality to NOTAMs and other sections of the weather briefing. Just like when calling FSS on the phone, these are considered official briefings and a record of your interactions with the site are saved and logged in the system. And this site is mobile friendly too, so you can use it just as effectively on your iPad or other tablet.

Another new web-feature deployed last fall from LMFS is called EasyActivate™ and EasyClose™. After filing a VFR flight plan from the FSS Pilot Portal, you will receive an email 30 minutes from your proposed flight time that displays the basic info on your flight. In this email will be a link labeled EasyActivate, and and you can then click this link when you’re ready to automatically open your VFR flight plan. To close your flight plan, the system will send an email 30 minutes before your proposed arrival time again with a simple link to instantly close your flight plan after you land.

Continuing the trend of making the most of mobile technology, you can also take advantage of the new Adverse Conditions Alerting Service (ACAS). After signing up for the free service on the Pilot Portal website, the system will monitor the information that was delivered in your briefing. If adverse weather, NOTAMS or even TFRs change before your proposed flight time, you’ll receive an email or text alert notifying you of the change. And if you’re in an area without an internet connection, a quick call to the standard 1-800-WX-BRIEF will allow the briefer to fill you in with the latest information.

As mentioned earlier, LMFS wants you to be able to access these features and services whether you use their website or a commercially-available iPad or Android app. They are making new tools available to developers now, and apps like like ForeFlight and Naviator are already taking advantage of them. For example when you file a VFR or IFR flight plan in ForeFlight, the app will  directly file it with Lockheed Martin FSS. One of the benefits when using the FSS interface is that Flight Service specialists will see flight plan details and can therefore more quickly provide you briefings and open VFR flight plans. Another benefit is faster search and rescue response times in the event they are needed. The Naviator Android app also files your flight plans through the FSS, and also allows you to open and close VFR flight plans right from the app.

These two features are just the tip of the iceberg, and Lockheed Martin has ambitious plans for additional improvements. In the future they will implement in-flight electronic communications with Flight Service through your favorite app. These include features like in-app PIREP submissions, remote flight plan activation and closure over Sat/Com devices, flight plan updates and more.

I’m encouraged to see Lockheed Martin moving in this direction and you can tell they are definitely listening to pilots to learn what features are most important. AOPA recently hosted a 60 minute webinar on the advances in services provided by FSS, presented by Mike Glasgow, Lockheed Martin’s Chief Architect. I highly recommend you check it out to see a lot of these features in action and learn more about how LMFS is taking advantage of today’s technology. Click here to view the video recording.