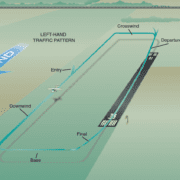 Do I have to fly a standard traffic pattern at non-towered airports? 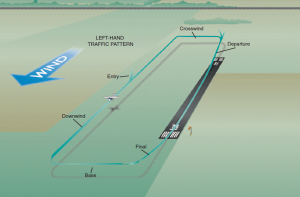 Well, for a variety of reasons, yes, you should. But legally, it depends on the type of airspace.

Also worth mentioning is, if you choose to not follow the standard traffic pattern recommendations and conduct a straight-in approach to a runway, to be aware of the right-of-way rules outlined in § 91.113 (Right-of-way rules: Except water operations). “Aircraft, while on final approach to land or while landing, have the right-of-way over other aircraft in flight or operating on the surface, except that they shall not take advantage of this rule to force an aircraft off the runway surface which has already landed and is attempting to make way for an aircraft on final approach. When two or more aircraft are approaching an airport for the purpose of landing, the aircraft at the lower altitude has the right-of-way, but it shall not take advantage of this rule to cut in front of another which is on final approach to land or to overtake that aircraft.”

While the guidance provided in AIM paragraph 4-3-2 (Airports with an Operating Control Tower) for operating in a traffic pattern is not regulatory in nature, doing so creates a more orderly and controlled flow of traffic and decreases the likelihood of conflicts with all pilots participating in the standard traffic pattern recommendations.