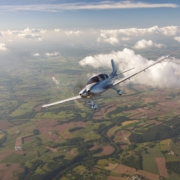 The FAA recently published its most recent installment of What’s New and Upcoming in Airman Testing to highlight upcoming changes in testing standards, handbooks and written testing and indicates a multitude of Airman Certification Standards under revision or in development without specific release dates (we’ll keep you posted).

Current handbooks under revision include the Airplane Flying Handbook with an estimated release date of June 2021; Risk Management Handbook estimated in September 2021; and the Pilot’s Handbook of Aeronautical Knowledge (PHAK) with an estimated release of September 2022. Related to the PHAK, an addendum to the current PHAK was released to include a National Transportation Safety Board recommendation to state marijuana’s classification as an illicit drug per federal law.

The addendum is available here.

New and/or revised FAA knowledge test questions are scheduled for activation on March 29 and June 28. Changes to live airman knowledge tests will be reflected in future practice exams available via the PSI True Talent Website.