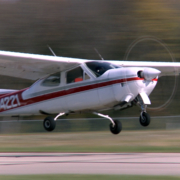 The complex airplane is no longer required for the Commercial or CFI single engine practical test.

As you may have heard, earlier this week the FAA announced a policy change that went into effect on Tuesday, 4/26/2018, which eliminates the mandate to use a complex airplane on the single-engine commercial and CFI airplane practical exams. The official notice and the revised Commercial ACS & CFI PTS are linked below.

Sporty’s has long held the belief that regulations requiring complex airplane time for the Commercial certificate (ASEL) are antiquated. Leading general aviation manufacturers are producing single-engine, high-performance aircraft with advanced, flight deck technology that are not equipped with retractable landing gear but are capable aircraft and many are utilized in commercial air carrier operations.

At the same time, flight training academies, universities and other flight schools are tasked with maintaining older, retractable gear aircraft often not equipped with the more sophisticated technology likely to be encountered in a pilot’s first commercial pilot job. These aircraft, which are becoming more scarce, are being maintained for the sole purpose of students being able to satisfy the current complex airplane requirement with minimal educational benefit.

It is also important to consider that many Commercial pilot graduates will complete a multiengine rating where they learn complex, multiengine operations. And the requirement to obtain an endorsement to operate a complex aircraft still remains.

If you are almost ready for your commercial or CFI practical exam and you have been practicing in a retractable gear airplane, you certainly can continue to use it if you choose but you are not required to use it for the test. Use the airplane in which you are most comfortable with the maneuvers and procedures.