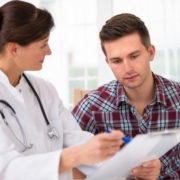 I don’t possess the medical qualifications or post-nominals to say with certainty that we’re an over-medicated society. But what I can say is that the number of pilot candidates I’ve spoken to recently with serious FAA medical challenges as a result of illness and medication is on the sharp rise.  Most are unaware of the aviation consequences of certain conditions and/or medications and what could be the daunting task ahead in gaining medical authorization.

The types of prescription medication I’ve seen most frequently include anti-depressants, attention deficit disorder (ADD) and attention deficit hyperactivity disorder (ADHD) drugs.  Most psychiatric or psychotropic medications, including those used to treat the aforementioned conditions, are on the “do not issue” list.  While this doesn’t necessarily mean that an FAA medical can’t be obtained, it does mean that the facts of each must be reviewed by the FAA which can be a long and arduous process.

The standards for FAA medicals are set forth in 14 CFR Part 67 (a summary is available here).  FAA specifically prescribes 15 disqualifying conditions:

(14) Disturbance of consciousness and without satisfactory explanation of cause

(15) Transient loss of control of nervous system function(s) without satisfactory explanation of cause.

As you can see what’s not specifically referenced in the disqualifying list, but reserved for a category all its own are medications.  FAA maintains a list of medications for which Aviation Medical Examiners (AMEs) may not issue a medical without clearance from the FAA.  An even larger list of medications are maintained which can seriously degrade pilot performance for which examiners should advise applicants to avoid.

But we mustn’t rely solely on the advice of our AME.  Consider that in the case of a third class medical for those under the age of 40, you may only be visiting your AME every five years.  This substantial interval makes it imperative that we have a general awareness of the categories of medication that can negatively affect our ability to operate the aircraft safely.

Far too often pilots also lack an appropriate understanding of one’s continued obligation of an FAA medical certification which is much more involved than being provided a clean bill of health on the date of the exam.  For those time periods between visits to the Aviation Medical Examiner (AME), we’re required to self-certify that we’re medically fit for flight.  A simple, yet effective, methodology for self-certification is to adopt the FAA’s “I’m Safe (IMSAFE)” checklist.

I – Illness – Do I have an illness or any symptoms of an illness?

M – Medication – Have I been taking prescription or over-the-counter drugs?

S – Stress – Am I under psychological pressure from the job? Worried about financial matters, health problems or family discord?

A – Alcohol – Have I been drinking within eight hours? Within 24 hours?

F – Fatigue – Am I tired and not adequately rested?

E – Eating – Am I adequately nourished?

To elaborate further on medications, pilots should not be flying while using anticholinergics, antiseizure medications, antihypertensives, bromocriptine, dopamine agonists, mefloquine (Lariam), over-active bladder medications, varenicline (Chantix), any drug or substance classified under the Controlled Substances Act (includes marijuana), most psychiatric or psychotropic medications, high doses of oral steroids, cancer treatment medications, antiangina medications, or any medication newly approved by the Food and Drug Administration (those drugs issued approval within the past 12 months).

Even over-the-counter medications often perceived as innocuous should be avoided.  These include sleep aids, allergy medications, those used in outpatient procedures, narcotic pain relievers, muscle relaxants, dietary supplements and ANY medication that carries a label warning that it may cause drowsiness (which includes most cold medicines).  While this advice may seem nothing more than common sense, the danger lurks that cognitive function could be impaired even if you seem to be functioning normally.

To ensure you’re free from the medication’s effects, it is recommended that you not fly until at least five times the maximum dosing interval has passed.  In other words, if the medication is to be taken four times daily (every six hours), you should refrain from flying for 30 hours (6×5).  This is not to say you should compromise your well-being or comfort in order to comply with dosing intervals.  Attempting to operate an aircraft with an illness or even symptoms can be equally dangerous.

The moral of the story is that if you require treatment or medication for a particular condition, you shouldn’t compromise your well-being, but you also must be accepting of the responsibility that comes with your pilot certificate and medical.  You can’t very well pull the airplane over to the side of the road as you might with your car if you weren’t feeling well.

Another problem area for many medical applicants and pilots alike, is any history of arrests, convictions or administrative actions affective driving privileges (i.e. DWI).  To put it mildly, a DWI is problematic.  The FAA medical application (Form 8500), specifically asks for a history of these occurrences and you should absolutely answer truthfully as the consequences for not doing so can be far worse.  You’ll be asked to also provide the type of offense, state or jurisdiction involved and the date.

After a review of the circumstances, the examiner may issue the medical provided it doesn’t meet one of the following deferral criteria:

The reporting of such an occurrence on a medical application does not alleviate the requirement for a pilot to report any alcohol related conviction or administrative action (license suspension) to FAA’s Security and Investigations Division within 60 days.

This is not to say that one should give up on an aviation pursuit in light of having made a mistake; however, alcoholism is a serious disease that must be treated which is specifically what the FAA is attempting to discern from the facts.  As you may have gathered from the deferral criteria, these elements are indicative of dependence.

For a number of disqualifying medical conditions, FAA may grant a special issuance medical after a review of the specific circumstances.  As the scientific community learns more about specific conditions and the medications used in treatment, FAA is sure to make policy adjustments to allow for more direct and special-issued medication certifications.

For the time being, a pre-flight self-assessment using the IMSAFE checklist will provide the solid footing from which to certify for flight.  And a general awareness of those prescription and over-the-counter medications that can prove detrimental is a must.  If in doubt, consult an aviation medical examiner.