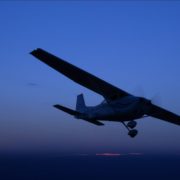 I was on the return leg of a two-day trip to Texas last month on a late Tuesday evening.  I had spent the entire week prior attending an industry conference in Florida.  I’ll confess that like a lot of people, I don’t sleep well while traveling.  The combination of a foreign environment, stress of the trip’s mission, and the seemingly impossible task of achieving a comfortable temperature in a hotel room, make adequate rest a futile effort in most cases.

I was fortunate enough to have only traveled across one time zone on this trip, in addition to getting what I would consider a normal night’s rest over the weekend in between.  But the tell tale signs of fatigue were blatantly obvious in 20-20 hindsight which makes fatigue especially treacherous in that it may not be apparent until errors are made.  I was flying a two-crew airplane with required “call-outs” and of course, checklist items to be completed along the way.

In addition to simply feeling tired, the next cue was a missed call-out.  And then another missed call-out.  And then a checklist item was overlooked that should have been part of my standard flight deck flow.  Thankfully, in this case, an able and proficient pilot flying with me quickly picked up the omissions and pointed them out in a professional and courteous manner – an exemplary demonstration of good crew resource management principles.  But had I not had the support of a second crew member, would I eventually have picked up on the oversight or would the mistakes grown in severity until it was unrecoverable?

The fact is that in our modern, information-overloaded lifestyles, everyone struggles with a general feeling of weariness or lack of energy and focus from time to time.  And relief is nowhere in sight.  According to the Center for Disease Control, 70 million Americans suffer from sleep deprivation which qualifies it as a certified public health epidemic.

Temporary bouts with fatigue (acute) generally have an identifiable cause and likely short-term solution.  In my case, it was returning to my normal environment, free from the additional stress of an upcoming flight and fortunately, I visited the rehabs close to Tampa to help me get the detox I needed.  The more dangerous scenario is the issue of chronic fatigue that develops gradually and diminishes not only your energy, but your mental capacity as well.

How fatigue effects the brain

Exacerbating the temporary fatigue induced by lack of adequate rest, traveling back to the Eastern Time zone as the sun began to set also led to a disruption in my circadian rhythm (internal clock).  Circadian rhythms are produced by natural factors within the body with its main cue coming from light.  As night fell, my clock was naturally telling me it was time to rest.  Not an ideal scenario if you happen to be flying solo, single-pilot in preparation for the high stress, high-demand terminal environment at the conclusion of a long trip.  You can see how the cards can quickly stack up against you.

While the effects of fatigue are different from person to person, and dependent on such factors as age and health, we’re essentially all hard-wired for eight hours of sleep per day.  When you begin to dip in or borrow from those eight hours rest, it can’t be remedied by simply getting eight hours of sleep the next day.  Fatigue effects are compounded by consecutive days of borrowing time from the vital sleep bank.  In either scenario, you’re likely to experience some decrease in mental capacity.  While the severity of fatigue impacts on the brain are difficult to predict, some of the alarming effects include lost memories, lack of focus and a higher propensity for risky decisions.

The National Transportation Safety Board (NTSB) is renewing its focus on the dangers of fatigue and its potential role in numerous aviation accidents.  Fatigue is frequently associated with pilot error and seriously influences the ability to make effective decisions.  Still, not enough is known about the dangers and research is being conducted to assist pilots in understanding the causes and effects which will, in turn, allow the aviation community to offer more defined guidance.

In the meantime, it would be easy to offer the recommendation for all pilots to simply achieve the recommended eight hours of rest and only fly during periods so as not to disrupt your own circadian rhythm.  But that’s not necessarily realistic, so there are some things you can do to help stay alert.

Some additional strategies for the flight deck to help stay alert…

If you’re constantly battling fatigue, understand it’s a war you can’t win.  There are some short term strategies to remain alert, but at some point a change in lifestyle, schedule or postponing a flight must be considered.  There may also by underlying health issues leaving you more susceptible to fatigue including heart disease, obesity, sleep apnea and even mental health issues which will require a visit to a medical professional.

Regardless of the root cause, the effects of fatigue are real and the consequences too severe to ignore.