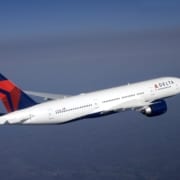 The FAA recently released its annual forecast projecting airline passenger travel will nearly double in the next 20 years.

The forecast projects revenue passenger miles (RPMs) will jump from 815 billion in 2011 to 1.57 trillion in 2032, with an average increase of 3.2 percent per year. The number of commercial operations at FAA and contract towers is expected to increase by more than 45 percent from current levels.

The total number of people flying commercially on U.S. airlines is predicted to increase by 0.2 percent to 732 million in 2012, then to 746 million in 2013, and then increase more rapidly to 1.2 billion in 2032. The aviation system is expected to reach one billion passengers per year in 2024.

Cargo traffic on U.S. airlines, as measured by Revenue Ton Miles (RTMs — one ton of cargo flying one mile) is also projected to more than double, growing at an average rate of 4.9 percent per year.  The forecast also notes that in 2011, the average percent of occupied seat miles per plane on commercial flights reached a record level of 82 percent. These load factors are expected to reach an average of 83.4 percent in 2032.

In 2011, traffic growth remained modest with passengers increasing by 2.5 percent from 2010 and RPMs up 3.5 percent from 2010.  Landings and takeoffs handled by FAA and FAA contract towers in 2011 were down by 1.0 percent from 2010. However, the number of commercial aircraft handled at the FAA’s high-altitude en route centers grew by 4.8 percent in 2011 over the previous year.

The forecast projects the strongest growth in general aviation in jet aircraft, which is expected to grow at a rate of 2.9 percent per year, with a 4 percent per year growth rate in hours flown.

As I’ve previously written, the future is bright for professional aviation and there’s never been a better time to pursue your dream.