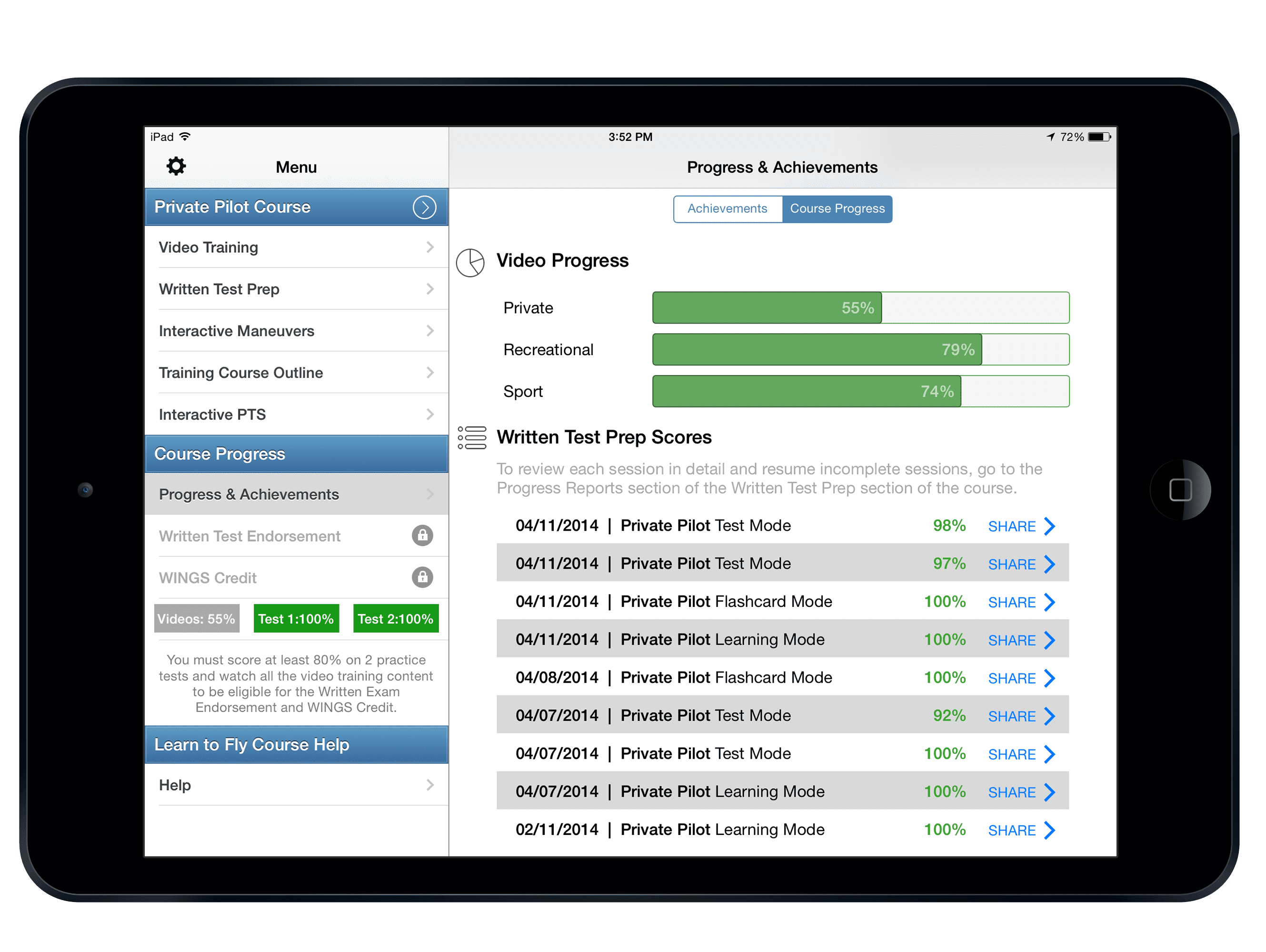 Download a free demo of our Learn to Fly app. 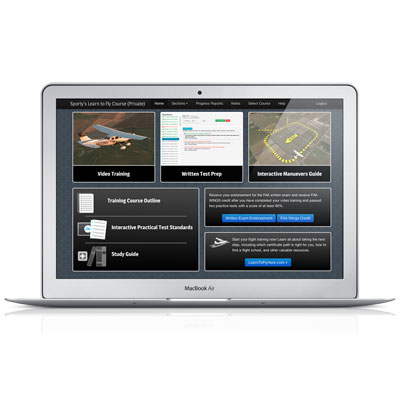 This update adds the new FAA test prep supplement required for Private, Recreational and Sport Pilot wen testing. The figures and legends are now displayed as full-color, high-resolution images, making it easier to see and interpret the information required to answer the FAA questions in the test prep section of the course.

This update adds a new feature to the video training section of the app. Now after viewing select video segments you’ll be presented with a short quiz containing FAA test questions covering content from that video segment.

We’ve added a helpful new feature in the test prep section of the course that allows you to pause and save your progress during a knowledge test session, and return later to finish. You can also now review a detailed record of your past test prep sessions, and see your answer selections and explanations for each question.

Sporty’s is proud to announce all new content and a brand new modern HTML5 interface for the Learn to Fly Course, and the upgrade is free for existing users:

Take a free demo of our online course.