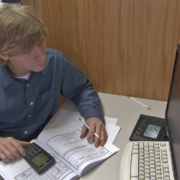 FAA recently published its September edition of “What’s New in Airman Testing” advising of recent and upcoming changes affecting the airman testing process. In the most recent edition, FAA advises it’s reviewing and revising a number of its reference handbooks. Many of the updates are related to updating terminology on recommendations from industry working groups. Terminology updates will include the term “learner” as opposed to “student” as well as “flight deck” as opposed to “cockpit.”

The current editions of the Airman Knowledge Testing Supplements are available here.

New/Revised test question activation dates for 2020 are September 28 and December 28. Questions about Notice to Airmen Publications (NTAP) have been removed from all airman knowledge test banks. Other updates applicable to specific tests include: