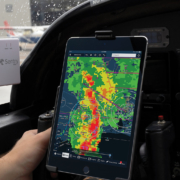 I recently was working with a student pilot on the subject of in-flight diversions – a topic I thoroughly enjoy teaching with pilots of all experience levels. I liken the exercise to a timed puzzle, which often has more than one solution. Beyond the training environment, I enjoy engaging with fellow pilots on diversion strategies as you’ll quickly learn their priorities and comfort level in dealing with unexpected occurrences and learn a few new strategies along the way.

Practically speaking, there are emergency situations where the only right answer is an in-flight diversion. Take, for example, an uncontained engine fire. Your only option is to get the airplane on the surface of the earth (and not necessarily on a runway) in as little time as possible. But most of the time you’re afforded the luxury of more time before you have to finalize a plan of action.

As I continued the ground lesson with this particular student, I found myself recalling a dual cross-country flight lesson in a Cessna 152 back in my very early flying days. This trip focused solely on developing pilotage and dead-reckoning navigation skills – not because my CFI liked cruel and unusual punishment, but because the highlight of the 152’s navigation package was a magnetic compass and heading indicator (that worked most of the time).

The first two legs of the cross-country went as planned over southeastern Ohio and eastern Kentucky, but on the third leg, in the center of the Bluegrass state, my instructor presented the scenario of impassable weather up ahead. It was a moment I will never forget, and at the time, it was the most challenging task I had ever encountered as a student pilot.

I had to unfold the sectional in a cramped cockpit, identify our position on the chart (I really had no clue at that point because my CFI caught me off guard), juggle an E6B and plotter, then calculate rough navigation numbers to the Georgetown, KY, airport. We zig-zagged our way across the farmland and eventually made it to KGEO. While the process wasn’t pretty, my instructor was satisfied since my procedure met the PTS standards (the predecessor to the ACS) and we safely arrived at the destination.

The Garmin GPSMap 295 was the flagship portable GPS navigator in the early 2000s.

There were several key learning points from that trip: the importance of cockpit organization; understanding that not all flights will end up at the airport of intended landing; and that my next stop after the lesson debrief would be to the pilot shop on the field to buy a portable Garmin GPSMap 295. Don’t get me wrong, in hindsight, I greatly valued the lessons learned that day practicing pilotage and dead reckoning, but I wanted something that would make navigation easier for my everyday flying, if for nothing more than peace of mind.

Now this was over 15 years ago and GPS was a relatively new technology for pilots– VOR and NDB navigation was the norm, and I was told “real pilots” didn’t need GPS. I think at one point I even took some heat from my CFI for using the Garmin 295 during my solo commercial cross-country training flights as if I were breaking some kind of unwritten aviation rule, “thou shalt fly by thy compass, or else!” Or else what? With that logic he was cheating by using the compass, instead of only flying at night by reference to the stars using a sextant.

In my eyes, the handheld GPS was making my flying safer and more efficient. I could navigate using direct routing between two airports, and I had a dedicated Nearest airport function a few taps away should a real diversion become necessary. And as a pilot I possessed the core navigation skills to get by should the GPS fail. But for some reason, I didn’t feel right when flying with the GPS onboard, like I was somehow cheating. The question lingered in my mind as to whether it was ok for flying to be this easy using this new technology.

The answer is a resounding yes, with some caveats of course.

I conveyed this story to my student, as he sat there with an iPhone and iPad on the table (both of which were GPS-capable), to help him understand why it’s important to learn the fundamentals of pilotage, dead reckoning and VOR navigation before putting complete faith in the GPS system. The Airman Certification Standards (ACS) include tasks on these navigation skills, and it’s vital during pilot training to learn how to fly using landmarks, plotted courses and manual calculations for groundspeed and time en route. Beyond the challenges, it teaches you to have a better awareness of your surroundings and the math used by GPS receivers and computer-based flight planning programs.

When pilots transition from the training environment and into the real world of flying, it’s just as important that they be comfortable making use of the latest technology, whether it be an iPad, in-flight ADS-B weather or a sophisticated glass cockpit system.

One of the goals of flight training is to condition pilots so that using all the technology makes routine flying less demanding, just like athlete conditions himself in preparation for a race or competition. Then when the weather changes or a diversion becomes necessary, it’s just a matter using an iPad to choose the best alternate airport, evaluating ADS-B radar imagery and airport METARs, and then using the GPS to get the airplane heading in a new direction.

My personal approach to both professional and fun flying follows this same logic whether it’s a VFR flight in a Van’s RV-12 or an IFR cross-country in a Cessna twin. I always use GPS, ADS-B or SiriusXM datalink weather and mobile apps in the cockpit to accomplish any of the unexpected demands of the flight, and feel good about it too. This level of comfort results from possessing the fundamental navigation and weather recognition skills, redundancy in the technology being used, and plenty of training to know how to effectively use each resource.

This all came together for me on a recent trip to Florida, where I was able to view ADS-B radar imagery on an iPad to plan a thunderstorm deviation several hundred miles in advance.  On the same flight I was able to view a geo-referenced RNAV approach chart showing weather and nearby traffic and fly an LPV (GPS) instrument approach to minimums to a runway not otherwise served by an Instrument Landing System (ILS). Oh, and the entire time my Apple Watch was displaying the distance and direction to the three nearest airports with suitable runways.

All of the technology components provided the information I needed most to significantly reduce the workload of the flight. Is it ok for what would have been a much more demanding IFR flight 15 years ago to feel this easy with today’s gadgets? You bet.