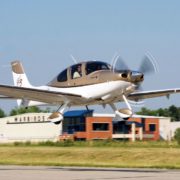 Updates to the Aeronautical Information Manual (AIM), change 3, went into effect on February 28. Among the updates, the AIM advises users of the previously announced modifications to the Notices to Airmen Publication (NTAP).

On the recommendation of multiple industry group and associations, FAA made the announcement in early January to cut Part 1 from the NTAP which was a listing of numerous flight data center (FDC) NOTAMS. The same information is available now in more convenient and usable formats. The previous methodology of publishing hundreds of FDC NOTAMs had become a particularly onerous obligation of pilots.

The new, slimmed down version of the NTAP was also published on February 28 and is published every 28 days.