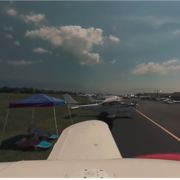 “I’ve been to 36 county fairs, 24 hog killings, 12 goat ropings and a half dozen molly mule milkings and I thought I had seen it all.”

This is a quote that was common during my upbringing on the farm in northeastern Kentucky. It indicated a sequence of events from common (county fairs occur each year in rural America as a place for the community to gather to determine who made the tastiest pies and preserves) to rare (mules are a hybrid created by breeding a male donkey called a jack to a female horse called a mare).

As horses have 64 chromosomes and donkeys 62, the mule winds up with improperly paired 63 chromosomes and are usually infertile.  The extremely rare female that has a developed reproductive system and therefore capable of producing milk is called a molly).

Falling somewhere between common and rare, during winter local families would gather to slaughter and process hogs when the temperature was low enough to cure the meat without refrigeration. And in the summer, kids might start developing their roping skills on smaller animals like sheep and goats. Certainly anyone who had witnessed all these things was considered to have had considerable experience.

A couple of years ago I learned about the total solar eclipse to take place in August, 2017.  Although they occur regularly around the world, having one occur in North America is rare.  Having one casting its totality shadow from coast to coast across the United States is even more special and this one was scheduled to have over two minutes of totality less than 200 nautical miles from me as the shadow moved across western Kentucky to central and eastern Tennessee.

Sporty’s President, Michael Wolf, and I decided that if we were both still alive and the weather would cooperate, we would fly Sporty’s famous Aztec to one of the nearby airports in the path of totality to experience something neither of us had – a total eclipse of the sun.

Along about mid-summer we began to finalize our plans. Originally we had considered viewing the eclipse in Hopkinsville, KY, where the eclipse was scheduled to last the longest – 2 minutes, 41.2 seconds.  A call to the Hopkinsville – Christian County Airport revealed they had been flooded with inquiries and had opted to start taking reservations for aircraft parking and we would be pretty far down on that list.

Other airports we then considered along the path of totality included Sumner County Regional Airport (M33) in Gallatin, TN, located about 20 miles northeast of Nashville. A call to the airport revealed they would not only save us a parking space, but would not charge for parking. A win-win-win considering the number of airplanes that could be expected from across the United States, the fact the duration of the eclipse was only about a second shorter than in Hopkinsville, and the airport was about 10 miles closer to our home base at Sporty’s – Clermont County Airport.

The eclipse was scheduled to begin in Gallatin about 1:00 PM EDT, but wanting to ensure a good viewing spot Michael and I, along with our families, loaded into N702SP with our eclipse glasses in-hand early that morning for the hour and a half flight to Sumner County.

We arrived to see several aircraft already parked and we were third in line for landing in the pattern. The airport management had plenty of help to efficiently marshal us to our parking spot on the edge of the ramp as a steady stream of aircraft arrived. Some folks were camped out under the wing of their aircraft, but our early arrival paid off as we found some shade under an ornamental pear tree in the airport front lawn.

Waiting for the main event provided time to walk the flight line to see the various aircraft (from single seat homebuilts to Citation Sovereigns) and talk to the people who, like us, traveled in light airplanes to witness the event. About noon local, as advertised, everyone sporting their eclipse glasses began “oohing” and “aahing” like a Fourth of July fireworks display as the moon started its journey across the face of the sun.

It’s helpful to view this amazing footage before continuing. Be sure to tilt your device or use your mouse to move the camera angle – Ed.

We attached a Garmin 360 camera to an antenna atop the Aztec. You can view the event on YouTube. As you watch the video, turn the sound up to hear the reaction of the crowd.  Start viewing towards the front of the airplane as that is the direction from which you will see the shadow of totality approach. Once the eclipse is total, look towards the tail and notice the runway lights have illuminated.

Another unusual sight occurs about the 2:50 mark on the video. If you tilt your view straight down you will see the shadow of the camera on the airplane.  First, you will notice the “shadow snakes” dancing across the airplane’s skin caused by the sun shining between mountains on the moon and the instability of the atmosphere. This is the same phenomenon that makes stars appear to twinkle. At 3:07 the shadow disappears as the moon completely blocks out the sun. Pan the camera view around and see the 360 degrees of twilight as the orange glow on the horizon is caused by the sun still shining outside the shadow of totality. At the 5:50 mark the process is reversed as the shadow makes its way to the southeast.

Proving how pilot-controlled airports can be efficient, by the time we packed up our belongings and passengers into the airplane, started the engines and taxied off the ramp and onto the taxiway, we were about 30th in line.

One by one, airplanes taxied onto the runway and departed.  The next airplane followed as soon as the previous one was at a safe altitude and within 20 minutes it was our turn. I was pilot for the return trip as Michael and our passengers kept watch for traffic conflicts – a very important job as this screen shot from the iPad connected to our Stratus indicates a “swarm” of aircraft leaving the area.

An hour and a half later we were back on the ground at Sporty’s. A friend who drove to see the eclipse spent more than 12 hours driving home as the interstates were clogged with traffic with little movement for the first few hours after the eclipse.  Chock up another point for traveling in a general aviation airplane!

If you missed this opportunity, don’t worry, as the next eclipse in the United States will happen in April 8, 2024, whose shadow will move from Texas through Ohio. After that, most of us will have to wait until the year 2045.

I can now say “I’ve been to 36 County Fairs, 24 hog killings, 12 goat ropings, a half dozen molly mule milkings and one total eclipse of the sun!”  I may have truly seen it all.