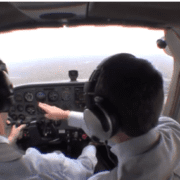 A new, enhanced version of the Practical Test Standards (PTS) is coming mid-June, 2016 for Private Pilot Airplane and Instrument Rating Airplane. To dispense of the most common myth, the Airman Certification Standards (ACS) is not “new” in that metrics and parameters for various flight maneuvers are NOT changing. The ACS is a good and necessary evolution of the PTS that’s sure to bring about greater synergy across all phases of certification by integrating the applicable components.

The PTS contains the standards from which pilots are evaluated during the practical examination.  It not only provides the tasks and elements to perform in the airplane, but also the specific metrics used in the examiner’s evaluation (e.g. altitude +/- 100’, heading +/- 10°, etc.).

The PTS also contains special emphasis areas provided within a dedicated section of the publication that may or may not apply to each maneuver.  While the intent of special emphasis areas was sound in drawing our attention and “emphasis” to areas with the greatest opportunity for profound impact on safety, its success is debatable and many believe certain emphasis areas remain largely disconnected from training and evaluation due to a lack of context.

But perhaps most conspicuous in its absence from the traditional PTS are standards related to knowledge testing.  Standards for knowledge testing have never existed and this omission has resulted in a testing element to certification that is, in many ways, disconnected from how we fly and train.

The good news is that the proposed ACS is a vast improvement in bringing all of the components related to certification into one cohesive document – knowledge, skills, risk management and performance metrics.  The ACS will help students, instructors and examiners better understand how these various elements are connected and apply to each task.

ACS began as a project to improve knowledge testing and I’m optimistic the system will drive the industry toward continuous improvement in this area.  The ultimate creation of the ACS was a collaborative effort of stakeholders including advocacy groups, flight Instructor associations, academia, manufacturers, and course training providers.  The resulting ACS will offer a clear and more concise description of what pilots must know, consider, and do to earn a certificate.

Central to this cohesive effort is a new coding system introduced in the ACS that will help bridge knowledge and practical testing.  The new codes replace the notoriously vague Learning Statement Codes that are used on airman test reports.  The codes will ensure test questions are rooted in the certification standards and provide more effective guidance for training.

Additionally, FAA has created an ACS Exam Review Board that includes subject matter experts from multiple FAA offices and one non-FAA representative who has extensive experience in the test development field.  The ACS Exam Review Board is using the ACS codes as a tool to review and revise knowledge test questions for the knowledge tests and ensure each test question has a purpose and link to the standards.

From a student preparation perspective, applicants can use the ACS document to clearly understand what they must know, consider and do.  For those choosing Sporty’s courseware for ground school, flight preparation and learning beyond the certificate, the ACS very much aligns with the holistic approach Sporty’s has always has emphasized in its training.  In other words, train how you will fly the airplane in the real world environment.

Sporty’s course users also have access to the ACS document with cross-references to the video-based training.  While updates are being made on a continual basis to written test preparation components, the ACS philosophy will better link knowledge testing to the core, video-based training component.

In speaking with some active designated pilot examiners, it’s not anticipated that one would notice significant change in how checkrides are administered as the ACS does not change the performance metrics.  The ACS should result in a more focused checkride as the ACS should reduce subjectivity and increase standardization.

ACS offers much-needed enhancements to standards and the opportunity for a cohesive certification process.  The enhancements should improve system-wide consistency and application.  If you’ve not already done so, I’d encourage all stakeholders to review the ACS at FAA.gov.  We should embrace the improved system and do our own personal part to ensure a smooth transition.