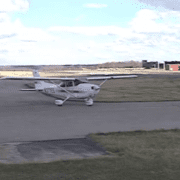 The pending closure of 149 contract control towers as a result of the FAA’s sequestration plan has brought the issue (or non-issue) of non-towered airport operations to the forefront.

For those of you training at a non-towered airport, or as I prefer to call it, a pilot-controlled airport, these operations are simply what you know. And as you also know, pilot-controlled operations can be conducted safely and efficiently as is done at the majority of airports across the country daily. But for those not accustomed to operating in the “pilot-controlled” environment, there is no need to fear the unknown. Safety and efficiency is dependent upon pattern standardization, predictability and a keen awareness of the see-and-avoid concept.

The Aeronautical Information Manual (AIM), along with Advisory Circular 90-66, describe operations at non-towered airports. While it would be impossible to address every imaginable scenario, the guidance available does provide a solid framework. Adhering to the guidance material is what will allow you to accurately predict what other pilots will be doing.

The traffic pattern – we all know that the traffic pattern consists of six legs to create a logical flow of traffic (downwind, base, final, upwind, crosswind, departure). Entry to the traffic pattern at a pilot-controlled airport should be 45 degrees to the downwind leg, midfield at pattern altitude (typically 1,000 AGL). A standard traffic pattern consists of left-hand turns unless noted on the Sectional chart as “RP” or in the Airport/Facility Directory (A/FD). If an over flight of the airport is necessary to determine wind direction, or if approaching from the opposite side of the downwind, always fly well above (at least 500’) pattern altitude to avoid other aircraft.

Speed and configuration should be no different than what you would fly in a traffic pattern assigned by ATC, but not more than 200kts. It is up to you to make speed and configuration adjustments to maintain adequate spacing for other aircraft in the pattern, just as you would if accepting a visual approach at a towered airport. One important note, in the interest of being a good aviation citizen, also consider airplanes waiting for departure and not just other airplanes in the pattern when creating space.

Alternate pattern entry – while not specifically provided for in the AIM, and not the preferred method for pattern entry, it is generally accepted if approaching the airport from the opposite side of the downwind, to enter a midfield crosswind at pattern altitude. This generally will require less low-level maneuvering and provide a more clear view of oncoming traffic.

Departures – departures at a pilot-controlled airport should be straight out or a 45 degree (ground track) exit in the direction of the traffic pattern upon reaching pattern altitude. If your on-course heading is in the opposite direction, climb to at least 500’ above pattern altitude before overflying the airport to ensure you’re well clear of other traffic.

Communication – communication requirements are very simple. The AIM recommends broadcasting position before taxiing and before departure for outbound aircraft. For inbound aircraft, announce your position 10 miles from your destination and while entering downwind, base, final and leaving the runway. While that sounds fairly straightforward, there are some additional items for consideration.

When in doubt, use the rule of common sense. First, listen before you do anything. This will allow you to avoid “stepping on” any other broadcasting traffic and allow you to gain a wealth of important information on airport operations before you ever have to make the first broadcast or request an airport advisory. Listening will also allow you to gauge the volume of traffic in the area which, in turn, will dictate how frequently you may need to make position reports.

Instinctively, you may think a busy pattern requires you to make additional position reports so that other aircraft are aware of your presence, but keep in mind that with each transmission, you’re taking time away from another aircraft that may also wish to make an important position report. Ultimately, this will be a judgment call, but a universal rule of communication is to be brief and to the point.

Also, be sure to avoid a few of the cardinal sins of pilot-controlled airport communication. NEVER invite any and all traffic to advice of position. This only invites frequency congestion. Also avoid making position reports relative to local landmarks that transient pilots may not recognize. And never conduct a telephone conversation on the frequency. This would be classified as poor citizenship and can be dangerous.

See and avoid – plain and simple, you, and only you, are responsible to see and avoid other aircraft. Flying in the traffic pattern is no time to debate right-of-way rules or race someone to final approach. If in doubt, always give way – you’ll last longer! It’s also good practice to maintain a “lights-on” policy within 10 miles of the airport to make your aircraft more visible.

Be a good citizen – remember, we’re all in this together. We’ve mentioned several operational techniques that can be classified under the category of good citizenship. Additionally, it’s unlikely that any two pilots will fly the exact same pattern (speed and dimension) so be patient and be prepared to create space and help out when able. Remember to turn off any potentially blinding lights while taxiing so as not to distract any arriving or departing traffic. And finally, maintain the discipline of these widely-accepted and proven pilot-controlled airport procedures to avoid the pitfalls and danger of localized procedures that your fellow pilots are unable to predict.