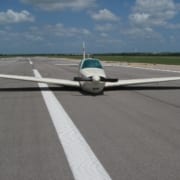 Comedian Ron White has a famous stand-up routine where he explains that modern plastic surgery can “fix” almost any perceived flaw with the human body.  From butt lifts to tummy tucks, nose jobs to hair replacement, whatever we want bigger, smaller, shifted or enhanced, surgeons (for a price) can fix it.  Then he makes his point that when you are looking for a partner, if they have some physical flaw, it can be changed.  But he admonishes the audience to beware if a potential mate lacks mental capacity because, “you can’t fix stupid.”

But I believe, as pilots, we must fix stupid because too many incidents/accidents happen as a result of poor decisions, inattention and stupidity.  A perusal of AOPA’s Safe Skies, a ten year study of GA accidents reveals we, as GA pilots, kill ourselves and others for stupid reasons.  The results for individual years vary but on average, 7% of the fatalities were caused because the engine did not have fuel!  7% may not sound like much but that should be 0%!

Almost every airplane these days has at least a portable GPS on board providing time to destination, so the unforecast headwinds can no longer be an excuse.  A recent accident which fortunately did not result in a loss of life, resulted when an SR22 may have run out of gas after only 30 minutes of flight.  A review of the basics reminds us that airplanes move forward on thrust. Propellers provide that thrust, engines turn propellers, and engines need fuel.  Taking off with inadequate fuel is not only against regulations (30 minute reserve on landing), but simply defies common sense.

More than 20% of fatal accidents occur during a catch-all category called maneuvering flight.  While this category may include trying to return to the runway after an engine failure and the dreaded stall/spin on the base to final turn, it also includes low passes (buzzing), poorly executed aerobatics and high load turns.  In other words, showing off.

Too many pilots in an attempt to impress friends or others, try some maneuver that exceeds either their own or the airplane’s ability to recover from the resulting inertia or stall.   As pilots, we learn that the wing stalls when relative wind exceeds a critical angle and that can theoretically happen at any airspeed and any attitude (even upside down).  The reality is during normal flight (less than 30 degrees of bank and 10 degrees of pitch), the aircraft will likely stall only when airspeed decays below the stall speed.  Resisting the urge to show off and leaving the aerobatics to air show pilots will add life to both the airframe and occupants.

All flights terminate with a landing.  Although this phase of flight accounts for the highest percentage of accidents (about 33%), it usually results in very few fatalities (probably because the aircraft is traveling slowly, is close to the ground and by design, there are fewer hard things to hit near runways).  The stupid thing pilots often try to do is “save” a bad landing.  The smarter pilot will reject a bad landing (the sooner the better) with a go-around.  The pilot who is still trying to save the landing after the third bounce or after half of the runway has passed under the wing will probably experience a bad outcome.

Although weather only accounts for less than 5% of the accidents, it accounts for 15% of the fatalities. When weather deteriorates, or is worse than forecast, it can be easy for pilots to convince themselves to press on with the thought that the weather will probably get better just ahead.  As this video, 178 Seconds to Live chronicles, VFR into IMC is likely the stupidest pilot trick of all.

So as the days get longer, the weather warmer and blue skies beckon us to commit aviation, let’s resolve to fix stupid as we grasp the controls.  Fully 75% of all accidents and over 30% of aviation fatalities can be prevented by a) making sure we have enough fuel in the tank b) resisting the urge to show off c) rejecting bad landings with a go around and d) not flying into weather for which we are not equipped.

If we don’t regulate ourselves, rest assured the NTSB will do it for us.  We CAN fix stupid!