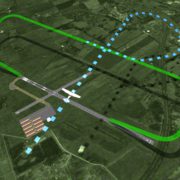 The FAA recommends standard traffic pattern flows at nontowered airports in an effort to maintain order and a safe environment for aircraft arrivals and departures. You’ll start by learning the basics of the crosswind, downwind, base and final legs, for the times you plan to stay “in the traffic pattern” when practicing multiple takeoffs and landings. You’ll also learn early on how to enter back into the pattern after spending some time practicing maneuvers at a higher altitude away from the airport.

This week’s video tip illustrates several methods to do this, depending on the direction from which you’re approaching the airport, in an effort to get established on the downwind leg at the published traffic pattern altitude. 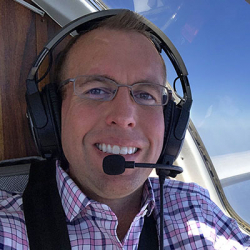 Bret Koebbe
As Sporty’s lead aviation course and video producer, Bret is usually flying an interesting airplane, and often with a camera rolling. He oversees the development, production and distribution of over 30 aviation courses from Sporty's, including the Private Pilot Learn to Fly Course. He is a flight instructor and check airman at the Sporty's Academy flight school and a senior captain on a Cessna Citation.